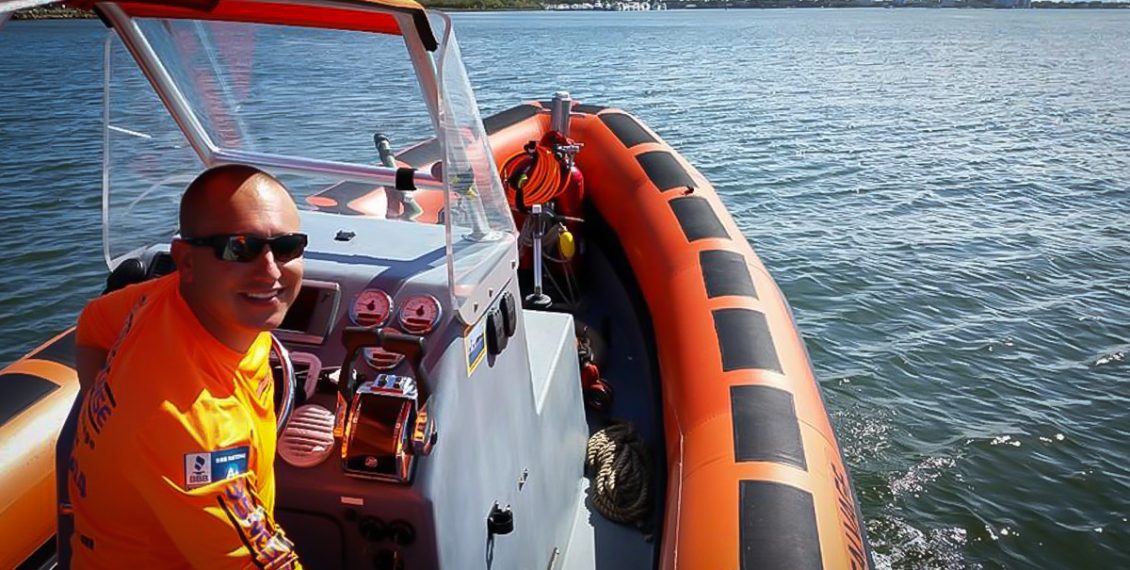 Capt. Chuck Hansen founded Fast Response Marine Towing and Salvage in 2008 after seeing too many situations in which the big name companies were flat out taking advantage of unsuspecting recreational boaters in South Florida.

Against all odds, starting with just one boat, Capt. Chuck launched Fast Response and hasn’t looked back. Now, at age 31, he’s built a company  that is highly respected both by local mariners and by big insurance companies.

What is your background and experience with boats?

I first started driving boats when I was 13 years old. My father had various inboard and outboard boats ranging from 19 to 38 feet, and I got to pilot all of them!

I have always been fascinated with boats and speed as far back as I can remember.

I was born in Long Island, New York, and moved to South Florida when I was a small child. 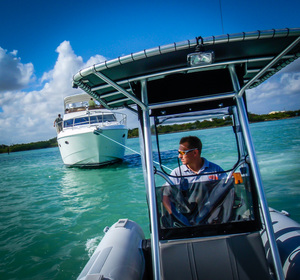 What do you enjoy the most about working with Fast Response?

I love working with my crew. It’s good knowing that we are the alternative to the big name corporate companies out there that all too often take advantage of unsuspecting mariners.

Having a presence out on the water, and giving the mariners a choice that they didn’t have before, is particularly gratifying.

What has been your most unique experience working with Fast Response?

Well, it’s so hard for me to name only one crazy unique story I have,  because I have many. There are so many close-call distress situations I’ve handled — I wouldn’t know where to start. Instead, I’ll share my funniest story.

On a busy summer weekend, I had just returned to Nixon’s Sandbar from a job. This lady got on channel 16 and started hailing, “MAYDAY MAYDAY!”

She sounded fairly close, but at the same time I didn’t know the height of her antenna. The Coast Guard instantly replied, “What is your position and nature of distress?”

At this time, I took an educated guess and started heading to Stilts Ville, since it is was the largest channel nearby, and I saw nothing around me.  Another towing and salvage company started following me like I knew where I was going, but I had no clue — I just had to start looking.

The Coast Guard asked the woman what kind of vessel she was in, and she replied it was a 55’ Hatteras. Now that’s an extremely large boat to be out of control!

At this point the lady was crying hysterically over the radio, “OH GOD, PLEASE HELP ME! I HAVE LITTLE KIDS ON BOARD!!!!!”

I looked frantically for an out-of-control 55′ Hatteras to save the woman and the small children, but I saw nothing.

The Coast Guard asked her why she didn’t know much about this boat, and if it was her vessel. 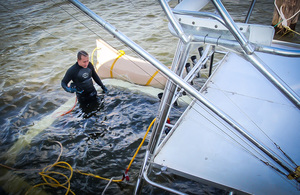 Capt. Chuck salvaging a vessel that sank at the dock.

“Well where is your husband?” the Coast Guard inquired.

She replied crying, “HE FELL OVERBOARD, OH GOD HELP ME.”

We now had two crises on our hands: a 55’ Hatteras out of control with a hysterical woman and small children onboard, and a man overboard.

Soon after this, another mariner believed he had a visual of the vessel and asked the woman to confirm her vessel’s name.

About a minute went by and the mariner said, “LADY!!! YOUR HUSBAND IS UP ON THE TUNA TOWER DRIVING THE VESSEL!!!”

What do you do for fun?

Anything else you want people to know about you?

I take pride in my work, and I’m always looking for ways to improve. I’m a firm believer that you get out of things what you put into them.

A beautiful morning for a tow