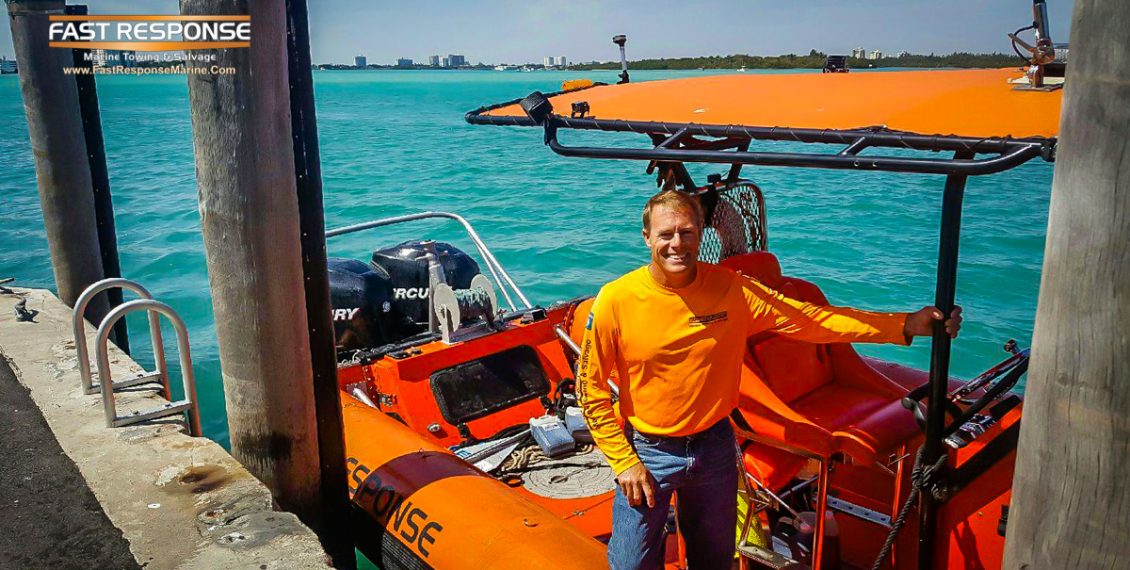 Capt. Bryant Niebruegge fell in love with boating after his in-laws introduced him to sailing in Peru.

“I have always been fascinated with the hydro dynamics working with the aerodynamics of sailing, along with the mechanical and electrical components of boats,” says Capt. Bryant, who holds a 100-ton Master Sea Captain License.

Originally from Dallas, Texas, but raised in Nashville, he and his wife spent their early married years in Peru. She worked in international banking, and he was studying Spanish. On holiday weekends, they would explore a different part of the South American country.

After relocating to Miami, Capt. Bryant worked as a certified Residential Contractor for 12 years while his wife continues to work in international banking, but he just couldn’t shake the call of the sea.

“The thing the most enjoy about working for Fast Response is that every day I get to go to work and be a hero,” he says. “I want our clients to know that even though I joke around on the surface, my number one priority is safety for people and equipment.”

When he’s not out on patrol, Capt. Bryant enjoys spending time with his family — he has two children, Mia, 9, and Dylan, 7.

“It seems there’s always a birthday party to go to or going to the pool or just getting on our bicycles and riding to the park.”

Capt. Bryant also has a bachelor’s degree in management and human resources and served three years on active duty in the U.S. Army stationed in Colorado.

Ungrounding Viking 62 on the ICW