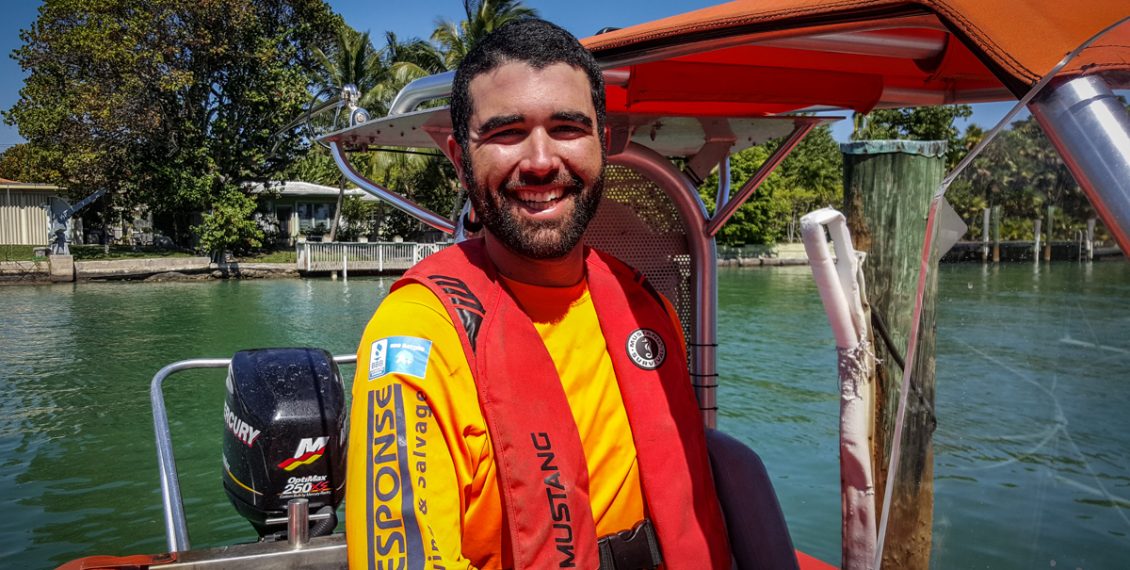 By the age of 18, he had earned his Captain’s License so he could make a profession out of his love of boating.

“No two days ever are alike,” he says of his work as a captain for Fast Response. “One day you could be towing a disabled vessel, and the next day there could be a boat on fire!”

His most unique experience as a member of the Fast Response team occurred while on a routine patrol of the inlet.

“I noticed a canoe with two people board flip over in the middle of a busy waterway,” he says. “I rushed over to help, got them on board the tow boat, and one of them, a woman, hugged me and started crying like I’d just saved her from the Titanic.

“When we arrived back at the dock, a large group of people started clapping for me! As it turns out, she was the leader of a religious retreat, and it was her first time out in a canoe.”

In his free time, Capt. David, who also is bilingual, enjoys the outdoors — fishing, diving and camping — and he also loves live music concerts.